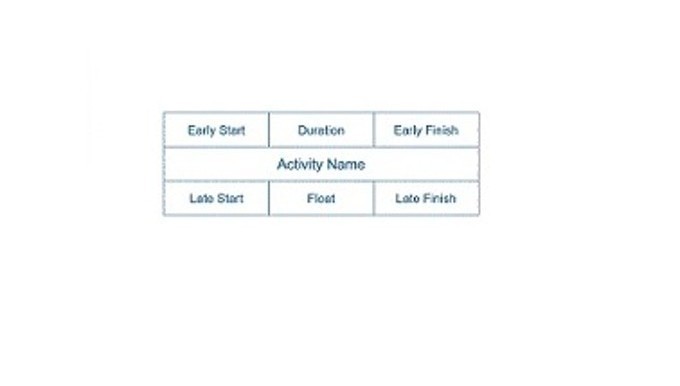 Many civilian Project Managers have made profitable use of the Program Evaluation and Review Technique (PERT) to help develop their schedules. Anyone who has done a Project Management Professional (PMP)® exam preparation class will already have encountered something similar to PERT - the three-point estimate.

PERT was conceived by the management consultancy Booz, Allen and Hamilton, Lockheed Missile Systems Division and the U.S. navy in order to support the Polaris missile development programme.

Both are based on Network Diagrams. PMPs® will remember these from Project Schedule Management – the Define Activities and Sequence Activities processes. This proved to be an effective way of illustrating the order of business. It is hard to imagine today, but actually laying out the work to be done in terms of dependencies is quite a recent discovery.

PERT also determines the Critical Path. A forward pass through the Network Diagram specifies the early start and finish dates, while a backward pass sets out the late start and finish dates. The differences between early and late represent the slack or float. If we have zero float on a particular path, this is the critical path.

Where PERT really adds value is in its estimation formula – used in Estimate Activity Durations. It uses three-point estimating, which provides a much more realistic set of figures than traditional single-point, best-guess estimates. With a three-point estimate, project team members are not asked “what time will you have that done in?” Instead they are asked to estimate how long a task would take if nothing went wrong, then how long it would take if everything went wrong. The difference between these estimates represents the risk to that activity. By reviewing risk probabilities, we can zero in on what the most likely duration is. However, PERT derives a final estimate based on a combination of the three estimates – (optimistic + (4 x most-likely) + pessimistic) / 6.

Essentially, PERT provides a Work Breakdown Structure that is laid out to highlight dependencies. Studying the Network Diagram can suggest tactics for reducing the schedule. For instance, several activities may be laid out in a sequence, but the only reason they have to be done sequentially is because the same resource is needed in all of them. If money is available, extra resources can be applied at this point and the activities can be done in parallel. This is a key consideration of PERT – it seeks to optimize time rather than cost. For us Project Managers, this means that we need to combine our Network Diagrams with our cost estimates to see if such “crashing” options – throwing money at the project – are feasible.

The visual aspect of the Network Diagram is very appealing. However, it is not ideal. In large projects, the number of activities can run into hundreds, if not thousands, so the diagram can cover many pages – making the big picture hard to grasp. There is also no timeline information included in the diagram, so seeing current status on an executing project is difficult. However, the use of colour can show the completed activities. Also, software packages, such as Microsoft’s Project, allow us to swap between Network Diagram and Gantt chart views at the press of a button. Interestingly, Gantt charts pre-date Network Diagrams by a significant amount of time– being used in the First World War. Sadly, the first person to develop this form of chart - Karol Adamiecki – published his work in Polish, so it did not get main-stream attention. This is a pity, because his name for these bar charts was the harmonogram